In November 2021, the UK will host the global climate talks, COP26, in Glasgow, where the eyes of the world will be focused on the UK and our efforts to tackle the climate crisis. As a country it’s our chance to show climate leadership, and bring everyone together to make big policy changes to limit global temperature rises.

So you’d think that now would be a bad time to green light new oil or gas projects.

But that’s exactly what the UK government is preparing to do. This story is full of weird twists and confusing sub-plots – which is what you get when leaders try to pursue two completely contradictory policies! Hold tight, and we’ll try to break this down as best we can.

Cambo is an oil field in the North Sea, west of Shetland. A company called Siccar Point has applied for a permit to drill at least 170 million barrels of oil here. If it’s allowed to go ahead, it will result in the emissions equivalent of 18 coal plants running for a year.

We’ve seen a summer of extreme weather, with fires, heatwaves and flooding causing hundreds of deaths in Europe and around the world. Experts at the International Energy Agency have said there can be no new fossil fuel projects beyond those already underway this year if we have a hope of meeting the global goal of limiting warming to 1.5ºC. And the UN chief has said we’re at code red, which must signal a “death knell for fossil fuels”.

It doesn’t take a genius to work out that Cambo is a bad idea. But Prime Minister Boris Johnson hasn’t yet had the courage to stop Cambo, and it’s causing a big headache for his government.

Campaigners led by Uplift and activist Mikaela Loach have been extremely vocal in bringing Cambo into the spotlight. Petitions opposing the project have already attracted more than 80,000 signatures, and high profile politicians have come out against it.

When asked about Cambo, US climate envoy, John Kerry, said “We need to transition in the next 10 years, not extend”, and Labour leader Keir Starmer has said the government should refuse the drilling permit. Scotland’s First Minister Nicola Sturgeon has called on Johnson to “reassess” the Cambo plans.

Johnson will be struggling for friends if he rubber stamps the Cambo project in the face of such clear opposition from his voters and peers.

Taking a closer look at the companies behind the Cambo proposals, it’s not a pretty picture.

Siccar Point, the company seeking to drill, is registered in an offshore tax haven. Meanwhile Shell, which owns a 30% stake in the Cambo project, paid no UK corporation tax in 2019 and has been ordered by a Dutch court to cut its oil production by 45% by 2030. New drilling would clearly work against that order.

The Desmog blog recently revealed that one of the project contractors, Petrofac, has pleaded guilty to fraud and is a major donor to the Conservative Party.

Why on earth would the government consider giving these characters a permit to pollute?

The Cambo project attracted further scandal after Greenpeace caught the oil companies brazenly preparing to start work – before an official permit had been granted.

An online announcement stated the companies would start installing key drilling equipment at Cambo for 10 days starting from August 25th.

Greenpeace wrote to the government highlighting that it would be illegal for them to start work without a permit, and on the same day, the contractors Petrofac hastily submitted an application to get permission just to cover the preparation work.

No permission came through, though… yet. But the company still contracted a vessel, the Siem Day, to do the work, costing them approximately £11,000 per day. As the ship was poised to carry huge pieces of drilling kit, known as CAN-ductors, out to the Cambo field, they were confronted by Greenpeace protestors in kayaks, holding banners saying: “Boris: Stop Cambo”. 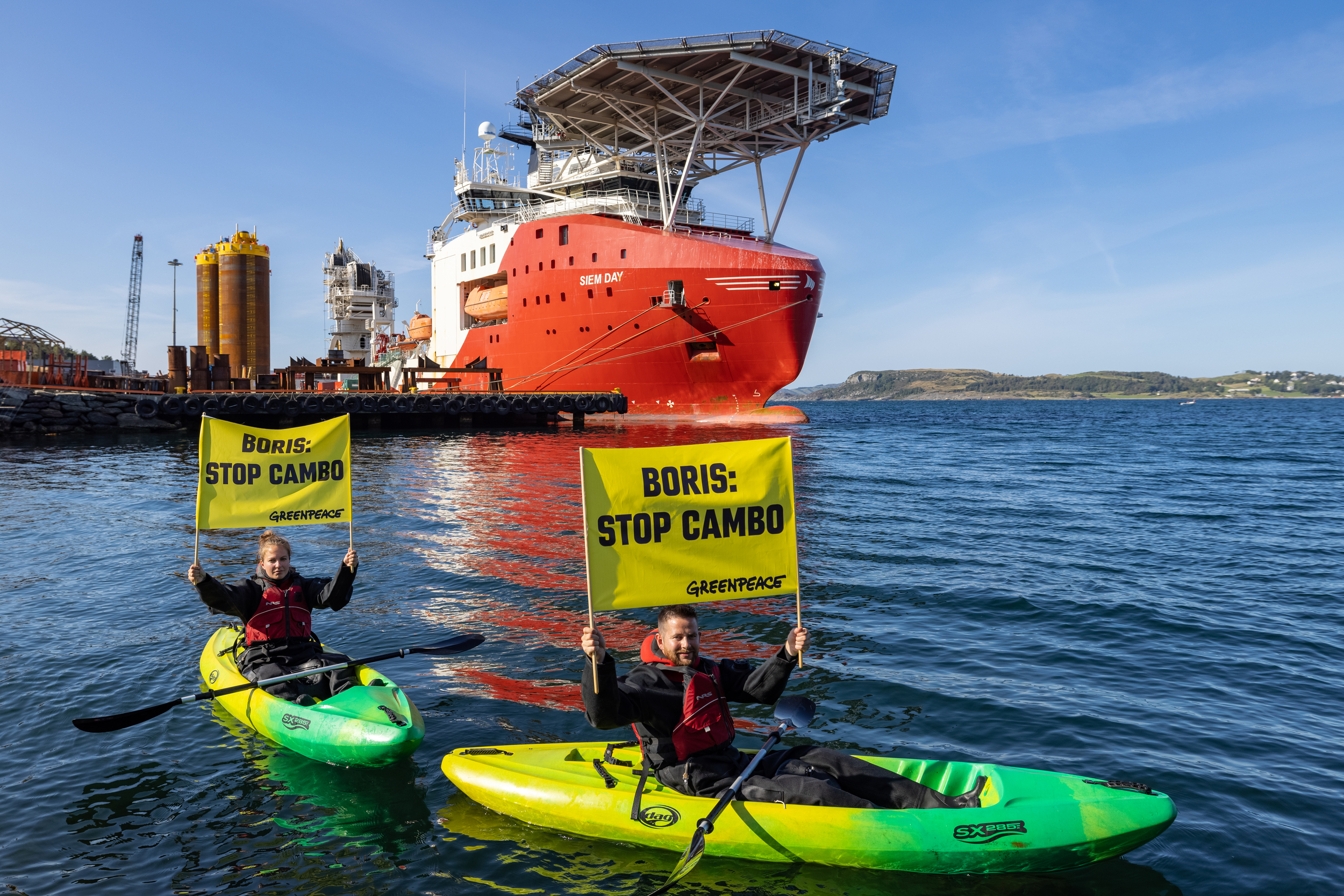 It’s not clear whether the government gave Siccar Point an informal, secret thumbs up to crack on with work at Cambo, or if it was simply a case of the company jumping the gun. Was the government being dodgy, or were they just asleep at the wheel? Either way, it’s clear the government is seriously failing in showing climate leadership.

We asked the government for an explanation, and funnily enough they said they can’t comment on individual applications…

Revelations of Siccar Point preparing to set up shop at Cambo – with zero legal permission – were met with outrage and the company came under fire. The next day they insisted work would never have gone ahead without the right paperwork, and announced the work would now be delayed until 2022.

Siccar Point claimed that the work was being delayed due to “weather”, which raised some eyebrows because the summery weather conditions were, frankly, glorious. It was extra cringeworthy because they’ve previously done similar work in winter, in February 2018, with no weather concerns. Hmmm.

Greenpeace has told the UK government: stop Cambo, or we’ll see you in court. And we mean it.

The best thing to do right now is to email the Energy Secretary Kwasi Kwarteng to put a stop to this whole saga, and reject the Cambo permit.

Then, join the petition asking Boris Johnson to end all new oil and gas licences and secure a just transition away from fossil fuels for workers and communities.

Tell the government: “commit to no new oil or gas in the North Sea and support oil and gas workers and communities in the transition towards renewable energy.”

As climate change continues to worsen with more and more heatwaves, fires and floods, what are world leaders looking to achieve at the COP26 in November this year? 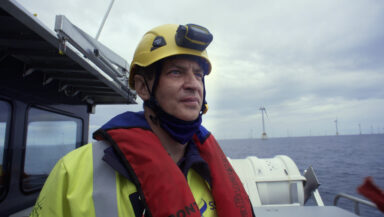 What happens to oil workers when oil prices crash? This film tells the story of the communities most in need of a just transition away from fossil fuels.